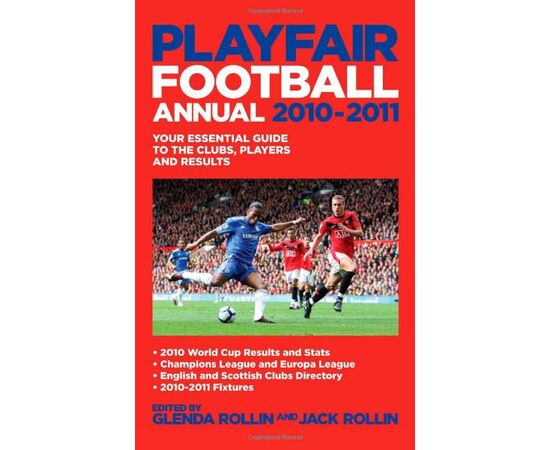 The factual, concise and first-choice guide for the real fan.

Now in its 63rd year, PLAYFAIR FOOTBALL ANNUAL has complete coverage of the 2010 World Cup in South Africa. It also includes all the Champions League and Europa League details; a compact directory for English and Scottish clubs; English and Scottish league and cup match results; stats on how English league clubs have fared over the last 25 years; and week-by-week domestic, European and international fixtures for the 2010-2011 season.

A pocket-size treat - this is the ideal book to take to matches and settle arguments before, during and after!