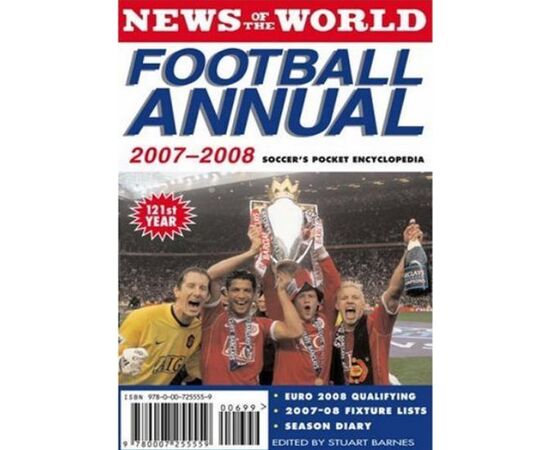 Now in its 121st year, this pocket encyclopedia of football facts contains everything you need to know about the game -- league and non-league -- in Britain, Ireland and throughout Europe plus all the highlights from England s Euro 2008 qualifying campaign. From football fans and armchair sports enthusiasts through to journalists, coaches researchers, publication of the latest edition of the News of the World Football Annual continues to be a major event in the soccer calendar.

Meticulously researched by an experienced and professional team of sportswriters and editors, the premier pocket annual in football is a treasure trove of fascinating facts and sure to provide hours of entertainment for young and old.