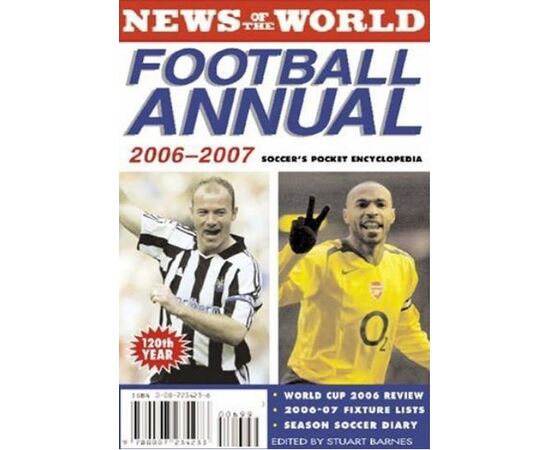 From football fans and armchair sports enthusiasts through to journalists, coaches researchers, publication of the latest edition of the News of the World Football Annual continues to be a major event in the soccer calendar.

• All results from the 2005/2006 season, including domestic and European cup competitions and international matches involving British teams

• A soccer diary that highlights the season’s biggest stories

• Topical feature articles from the leading sportswriters up and down the country.

Meticulously researched by an experienced and professional team of sportswriters and editors, the premier pocket annual in football is a treasure trove of fascinating facts and sure to provide hours of entertainment for young and old.