Messi - The inside story of the boy who became a legend 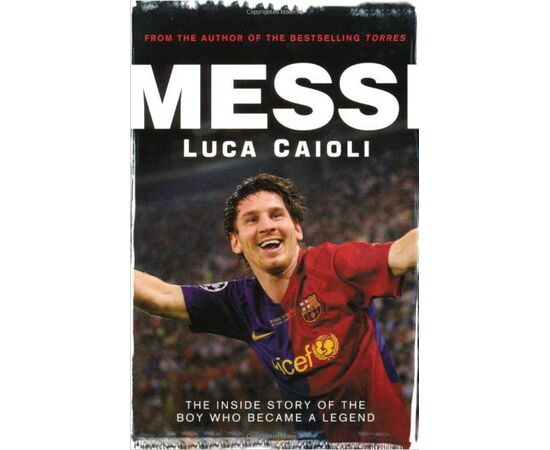 Nominated by Maradona as successor to his No.10 Argentina shirt, he is already set for football divinity. At only 22, Messi is widely regarded as the planet s most naturally gifted player - a hero in Barcelona, Argentina s great hope for the 2010 World Cup and the envy of all other teams. He won the 2009 Ballon d Or with 240 more votes than second-placed Cristiano Ronaldo - the highest-ever margin.

Luca Caioli draws on numerous exclusive testimonies to tell Messi s story: his parents and extended family his coaches at Grandoli and Newell s Old Boys Rijkaard and Zambrotta from Barcelona and, Jorge Valdano and many others from Argentina, Manchester City s Pablo Zabaleta and ex-Chelsea defender Asier del Horno.

In the final chapter, Messi himself sizes up his life so far. "Messi" is a brilliant, insightful and revealing portrait of football s most exciting player and a must-read for all true fans of the game