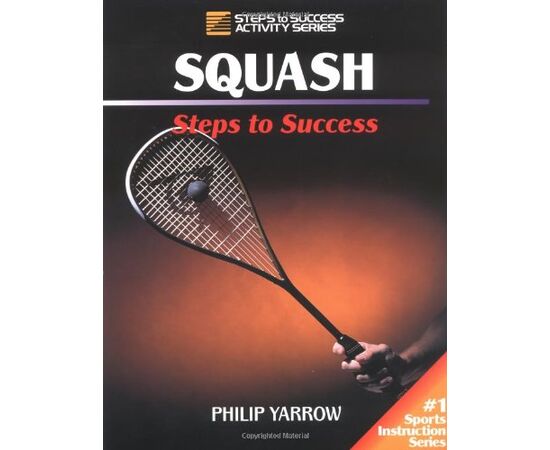 Participation in squash is growing rapidly with 15 million players in more than 100 countries around the world. According to the U.S. Squash Association, the international "softball" version has become the dominant game in the U.S. as well because players like its high speed and long rallies. New construction, and conversion of a number of facilities to squash courts, reflects the demand for court time from new players.

Whether you're a beginning or intermediate player, with Squash: Steps to Success you'll develop solid fundamentals, progress at your own pace, learn to maneuver your opponent around the court, and compete with confidence. Author Phil Yarrow grew up playing the game in his native England. A two-time U.S. national champion and former teaching professional, Yarrow guides readers from basic strokes and court movement, to specific shots and strategies.

With 82 drills, and practice goals that challenge players as they master each skill, you'll learn the fundamentals of - the grip and handling the racket; - forehand and backhand swings; - court movement and footwork; - the volley, the serve, and return of serve; - the boast, drop, lob, and kill shots; - disguise and deception; and - mental and physical preparation for match play

Part of the highly popular Steps to Success Series, this book is the single best guide to competing successfully in this action-packed sport.